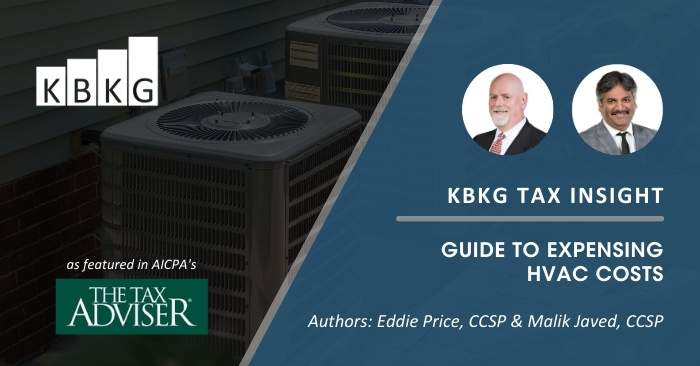 Heating, ventilation, and air conditioning (“HVAC”) replacement costs can be significant expenses for businesses that own or lease real estate. This guide is intended to help tax practitioners distinguish between deductible repairs and more extensive work that must be capitalized. 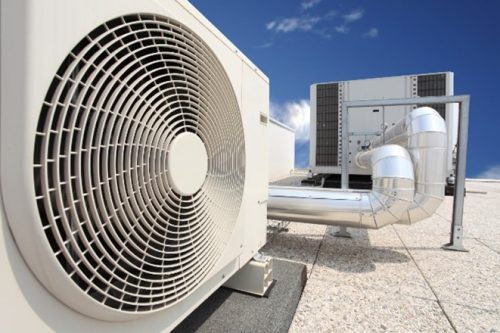 Each year, tax professionals who deal with real estate must evaluate the most recent building expenditures and determine which items should be deducted as a repair expense or capitalized. Of all the systems within a building, none are more affected by advances in technology than the heating, ventilation, and air conditioning (HVAC) system, which relies upon mechanical, electrical, and plumbing components.

Without proper maintenance, the expected life of HVAC components can be drastically reduced, leading to expensive repairs. Tax professionals should be able to understand an HVAC invoice to determine whether the cost may be deducted as a repair expense. Compared to the alternative of depreciating the costs over a 27.5-year life for residential rental real estate or a 39-year life for commercial real estate, an incorrect conclusion may lead to a significant overpayment of current tax liability.

KBKG Insight:
The law known as the Tax Cuts and Jobs Act (TCJA), P.L. 115-97, makes HVAC costs eligible for expensing under Sec. 179. To be eligible, the HVAC costs must be for nonresidential real property that is placed in service after the date the property was first placed in service.

This guide provides tax preparers an outline of questions to ask clients when evaluating HVAC repair costs. Our engineering experts bridge the gap between the scope of HVAC work performed and rules set forth in the tangible property “repair” regulations (T.D. 9636).

A capital improvement is defined as an amount paid after a property is placed in service that results in a betterment, adaptation, or restoration to the unit of property or building system (Regs. Sec. 1.263(a)-3(d)). Replacing a substantial portion of any major component of a building meets the criteria of a capital improvement. The HVAC system is one of the eight building systems specifically identified in the regulations to which the improvement rules must be applied as if the HVAC system is the unit of property. 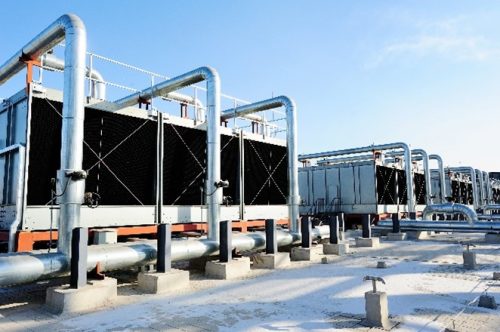 The regulations mention examples of HVAC system components, including compressors, furnaces, chillers, ducts, diffusers, air handlers, and cooling towers. Some of these are considered major components of the HVAC system because they perform a discrete and critical function in the overall HVAC system. Many other examples could have been included.

The science behind how HVAC systems work is beyond the scope of this article. Instead, the authors will identify the more common terms and components that are often referenced on invoices from HVAC contractors. Along with this basic understanding, a series of questions will guide readers toward understanding the proper treatment of these costs. 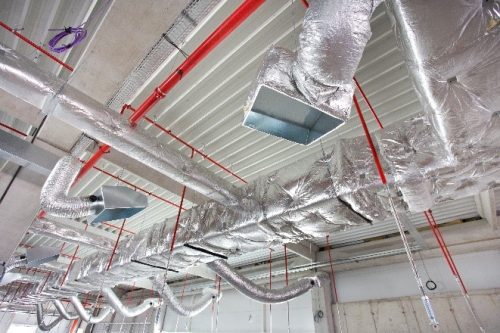 Step 2. Determine the unit of property

Once the UOP has been determined, taxpayers are then able to apply the betterment and restoration tests.

Is it a BETTERMENT?

Questions to assess whether the HVAC work results in a betterment to the unit of property under Regs. Sec. 1.263(a)-3(j) include:

b. Were improved HVAC components used because comparable components were no longer available or technology has advanced?

i. If it is not practical to use the old type of HVAC component, it is generally not a betterment (e.g., an 8 SEER package unit from 1990 replaced today with a 13 SEER unit would not be a betterment).

ii. If the old HVAC materials performed worse than current industry standard HVAC material for that location and building type, it’s generally not a betterment under this test (e.g., replacing an old electromechanical type thermostat with a modern builder grade digital thermostat would not be a betterment).

Did it ADAPT the unit of property for a new use?

Questions to assess whether the HVAC work results in an adaptation to the unit of property under Regs. Sec. 1.263(a)-3(l) include:

Were the HVAC costs incurred as part of the conversion of an existing building space into a new or different use?
If so, the HVAC costs must be capitalized. For example, if the amount was paid to convert an office building into a restaurant, the entire amount, including HVAC costs, must be capitalized. Examples that do not constitute an adaptation include adding a sushi bar to a retail grocery store that already includes counters for prepared and made-to-order food, or a hospital that modifies its emergency room space to also include an outpatient surgery.

Is it a RESTORATION?

Questions to assess whether the HVAC work results in a restoration to the unit of property under Regs. Sec. 1.263(a)-3(k) include:

Is it part of a larger IMPROVEMENT?

Example. The renovation of an interior public space may require demolishing an existing mechanical room. Relocating the associated air handler and ductwork would be capitalized as part of the renovation project.

Know which questions to ask

Building owners often spend significant amounts to replace portions of various HVAC system components. Armed with a basic understanding of HVAC systems and the tangible property regulations, tax preparers can ask insightful questions to assemble the facts and circumstances and evaluate the nature of the work performed. Careful analysis will produce supportable rationales for appropriately treating the cost of HVAC work as either a current year repair expense or a capital improvement.

Eddie Price, CCSP – Principal
Texas
Eddie is a Principal with KBKG and oversees the Southern region and its Texas-based operations. He is a Certified Cost Segregation Professional (CCSP) with the American Society of Cost Segregation Professionals. With over 35 years of cost segregation experience dating back to the Investment Tax Credit period, Eddie is one of the most experienced experts in the industry. » Full Bio

Malik Javed, CCSP – Principal
New York
Malik Javed is a Principal and oversees engineering operations for Cost Segregation projects from KBKG’s New York practice. He is a Certified member of the American Society of Cost Segregation Professionals (ASCSP) and is currently a member of the ASCSP Technical Standards Committee. Since joining KBKG in 2004, Malik has performed thousands of Cost Segregation studies for clients in various industries and regularly reviewed architectural and engineering drawings and construction cost budgets. » Full Bio