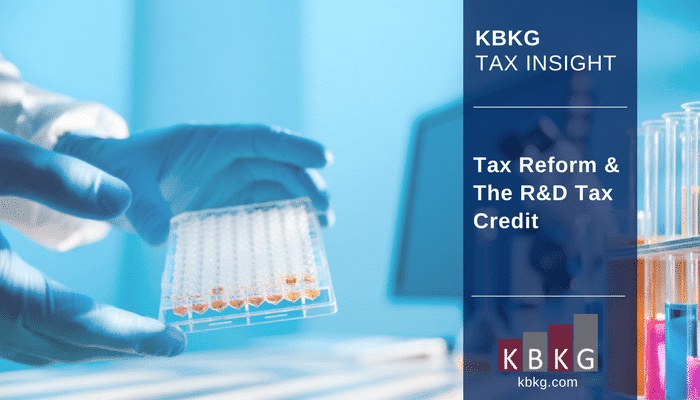 It’s been over thirty years since the tax code has been modified to this extent. It has been a talking point for politicians since the Reagan administration brokered the bipartisan Tax Reform Act of 1986. However, the divide between the political parties have kept it a talking point since then, until now. The Tax Cuts and Jobs Act is on the cusp of becoming law. The Senate debated the bill until the early hours of Wednesday morning when it was finally voted on and passed by a 51-48 vote. On Tuesday (and again on Wednesday), the House of Representatives passed the same version of the bill by a 227-203 margin. Both votes were largely along party lines with the exception of a few Republicans from Democratic states that voted against the bill. The President is expected to sign the legislation in the coming days. Several popular tax credits and deductions have been removed from the tax code. Those that made it through the reform will still be affected by changes made to the other code sections. The Research and Development tax credit, although explicitly preserved in the legislation, is one such example. Below is a preliminary assessment of some of the changes and their potential effects on the R&D Credit.

The Tax Cuts and Jobs Act fulfilled a campaign promise to lower tax rates for both corporations and individuals. Under the new law, the top corporate tax rate will be reduced from 35% to 21%. The top rate for individuals will see a modest drop from 39.6% to 37%. The drop in the corporate tax rate can potentially amplify the net benefit pass-through taxpayers see from the R&D tax credit. IRC Section 280C(c) states that no deduction shall be allowed for that portion of the qualified research expenses (as defined in section 41(b)) or basic research expenses (as defined in section 41(e)(2)) otherwise allowable as a deduction for the taxable year which is equal to the amount of the credit determined for such taxable year under section 41(a).

On timely filed returns, including extensions, taxpayers have the option of either modifying their deductions or taking a reduced credit. The amount of the reduced credit is the product of the calculated credit and the top corporate tax rate (currently at 35% and prospectively at 21%). While C-Corporations are likely to receive the same amount of benefit regardless of whether they make the election or not, pass-through entities whose partners are expected to be in the top individual rate can benefit greatly from making this election. The 16% spread (37% – 21%) will increase the benefit received by each partner making the 280C election an important consideration when tax planning.

KBKG Insight: Practitioners should consider making a protective 280C election for taxpayers that are good candidates for the credit but are not ready to file for it. Making the affirmative election on a timely filed return will allow taxpayers to take the reduced credit if the decision is made to amend in order to claim the credits at a future date.

The Orphan Drug tax credit has been available to orphan drug developers since it was enacted as part of the 1983 Orphan Drug Act. Under the Act, Congress sought to incentivize the development of new treatments for diseases and conditions affecting fewer than 200,000 people by offering drug makers tax credits, fee waivers and a seven-year period of marketing exclusivity for an approved orphan indication. Under current law, the credit is equal to 50% of qualified clinical testing expenses. Earlier versions of the bill proposed repealing the tax credit. However, the final legislation will leave it intact but reduce the creditable amount from 50% to 25%.

Alternative Minimum Tax (“AMT”) has been a limiting factor to the effectiveness of the R&D tax credit for many years. Congress addressed some of the challenges associated with AMT and the R&D credit with the passage of the PATH Act of 2015 by allowing qualified small businesses (those that averaged less than $50 million in revenue for the previous three tax years) the ability to use the R&D Credit to offset AMT tax liabilities. The Tax Cuts and Jobs Act takes one step further by repealing corporate AMT. The individual AMT was not repealed; however, exemption amounts were increased. Additionally, limitations pertaining to the state local tax deduction will make it so there are less taxpayers in AMT.

The changes outlined above are effective for tax years beginning after December 31, 2017. As always with new legislation, other considerations are sure to arise that will require dialogue a discussion between taxpayers, their CPA’s and Accountants, and R&D tax credit consultants.